One Step Forward: Empowering Kids to Walk and Bike to School

It can be difficult to find an obvious and tangible step forward in the sometimes overwhelming fight to reduce our reliance on fossil fuels and get kids out out walking and bicycling. Pending the signature of Governor Rauner, the State of Illinois is about to help on that front.  The Bike Walk Education in Schools Act (HB4799), which passed both State houses on May 31,  would require all public schools with grades K-8 to provide “instruction, study, and discussion of effective methods for the prevention and avoidance of traffic injuries related to walking and bicycling.” The Active Transportation Alliance is tracking the progress. 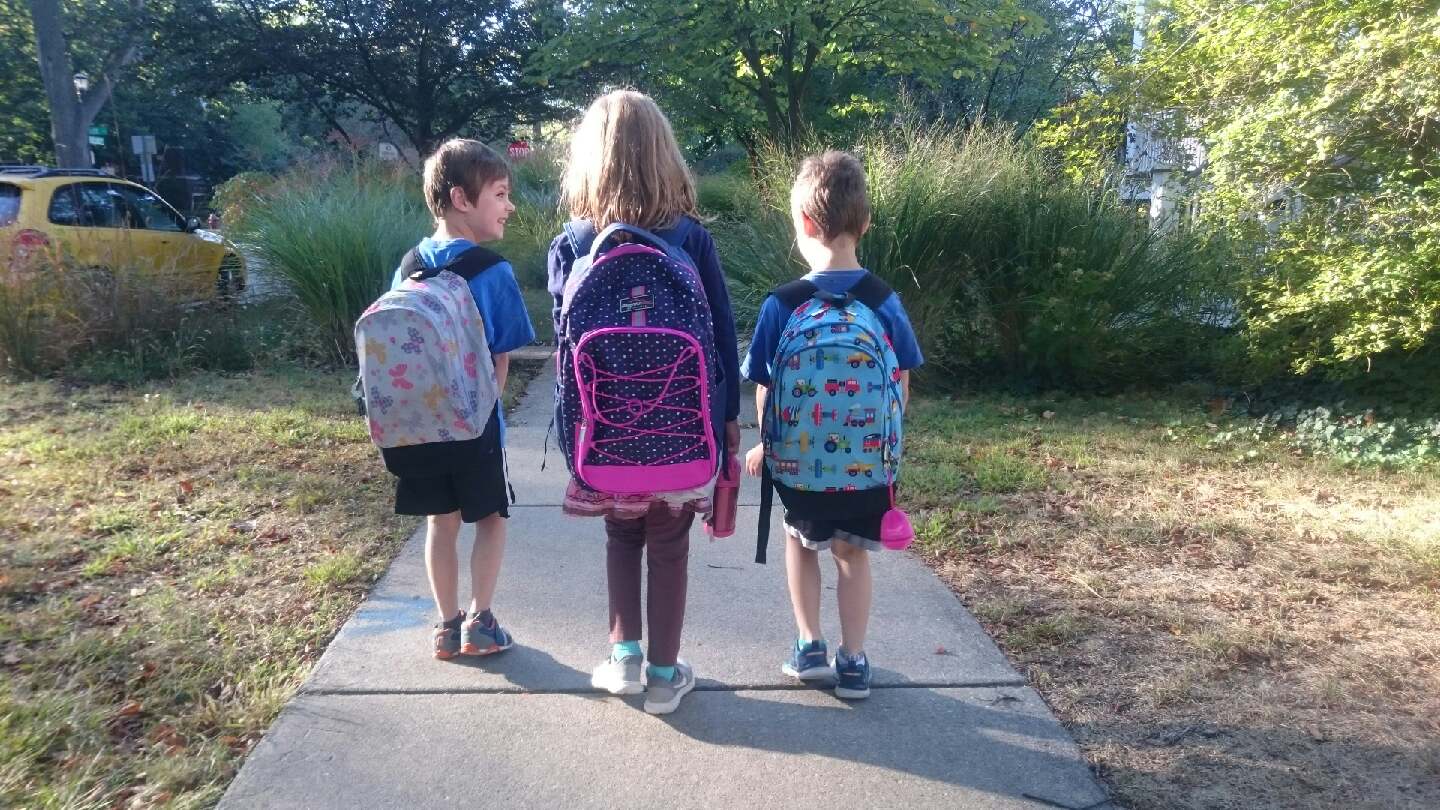 Why is this such a big deal? Based on data from the National Center for Safe Routes to Schools, in 1969, almost 90% of children who lived within a mile of school, walked or biked to school. By 2009, only 35% of those living within a mile of school were walking or biking. This translates to about 48% of all school-aged children (ages 5-14) walking or biking in 1969 and only 13% in 2009. Although there are some hopeful trends happening since then, with an increase in the number of children walking to school between 2007 and 2012, it is a topic that deserves a lot of attention.

When kids don’t walk or bike to school, they are most likely in car (bussing, nationwide, is down)  which not only removes the traffic-calming effect of more pedestrians and cyclists but it adds another car to traffic-safety concerns around schools and yes, this is reason number 1 why parents don’t let their children walk or bike to school, after ‘too long a distance.’ The benefits of walking and bicycling to school are multi-faceted. Kids who get exercise before school usually do better in school, are less-likely to be obese, and generally, a little happier. That doesn’t even include the community and family benefits of taking the time to walk through your community every morning with your child.

This Bill could help empower students and more-importantly, assuage the concerns of parents, so that more kids are more knowledgeable and skilled when walking and biking to school and yep, fewer cars are approaching the schools, simultaneously making it safer. Win, win.