Some people dismiss comparisons between our transportation culture and the culture in Europe--say the Netherlands--because things or people are “different” there. But as in so many parts of our lives, the similarities are greater than the differences and, as is often the case, kids made the point pretty clear. 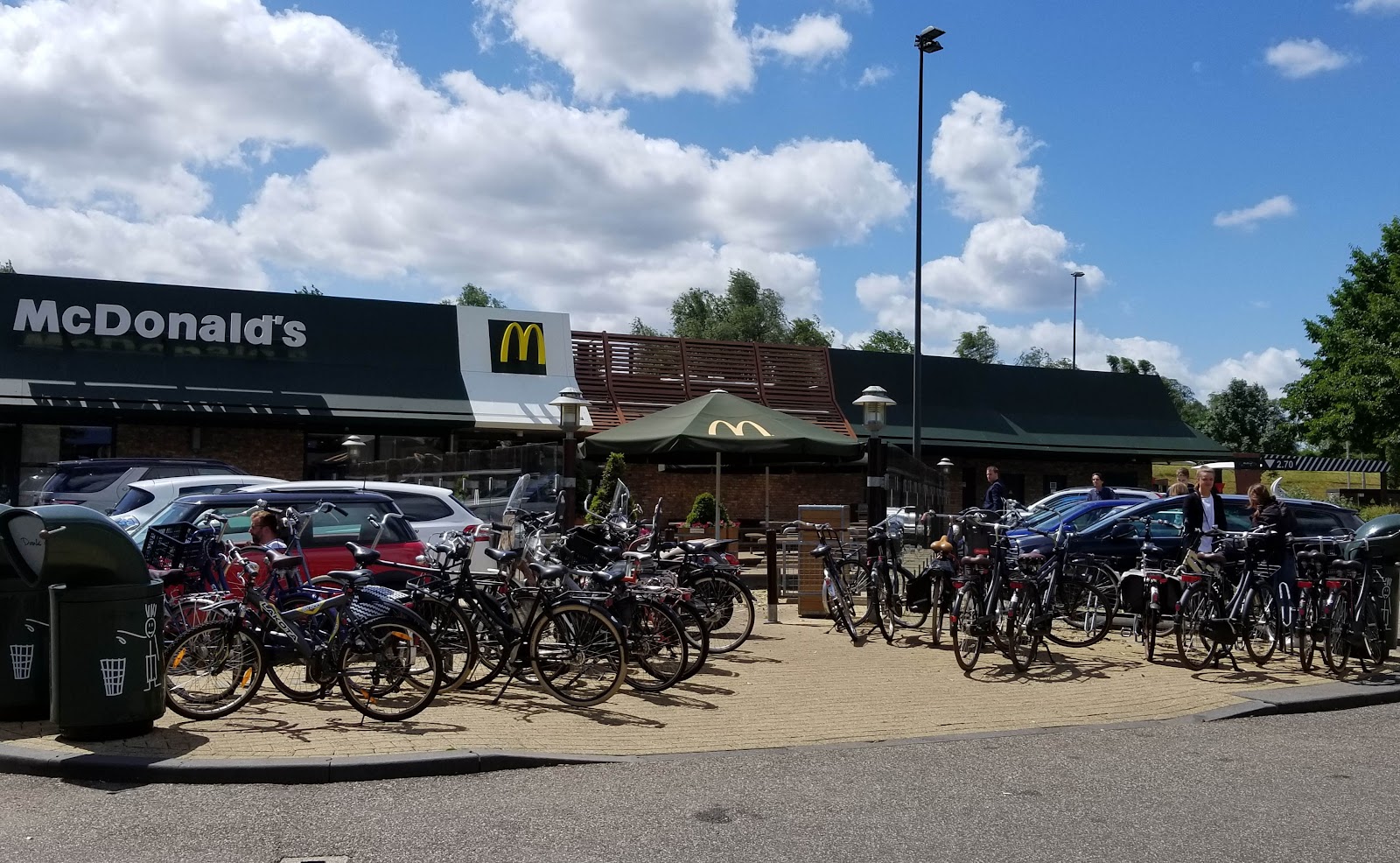 Sure, some differences are crucial: a key one being the development of European city-centers before car culture dominated. This has fed a commitment to transportation systems that prioritize walking, bicycling and transit--that is, more sustainable modes of people-moving.

But consider the many similarities.

On a recent trip to the Netherlands (in a car, sadly--don’t judge!), we stopped for a roadside bite, in a suburb just outside of Amsterdam. (Yes, McDonalds--don’t judge! I heard the food is actually better than in the U.S. so I had to check, and yes, they compost, but that’s another topic) and look at what we found. Packs of teenagers arrived on bicycle (we saw them leave) to go for fast food after school. Sound familiar? In Evanston, our high school students are likewise close enough to walk to a few places to grab a bite after school. The ‘aha’ moment for me was, these kids parallel our kids. Maybe we’re not so different. Maybe our differences are just highlighted by a culture dominated by cars and fossil fuel since the 1950s. 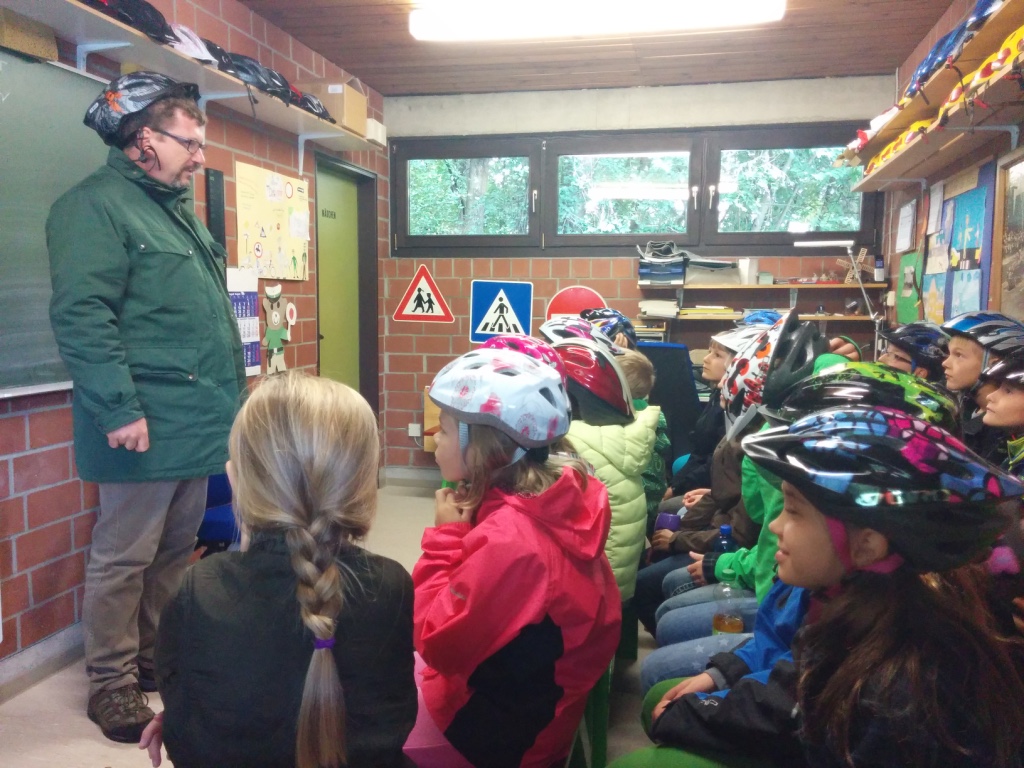 I was lucky enough to spend a year in Germany with my children a few years back, and got to experience one of the significant ‘differences’ that does not have to exist. It made me feel both elation and despair. In 4th grade in every public school (at least in Bavaria), German students are taught to ride a bicycle, as a form of transportation, in a 6-week class comparable to our version of Home Economics. They have a curriculum, a workbook, tests, and a practical training course on bicycles taught by a local police officer. When the student passes the unit, they receive a ‘bicycle driver’s license’ from the police.

Can you imagine how transformative this curriculum is for the children? And the parents? I was thrilled that my daughter would learn this important skill and I was angry that U.S. schools don’t reinforce it. The benefits for children who ride and walk to school and around town are many: exercise, traffic safety awareness (guess who become better drivers?), independence, community interactions and confidence. Are there risks? Sure. But consider the risks to teens of getting in a car and learning to rely on it all the time. Teaching bike skills and reducing street pressures can offset much of that risk.

Elementary school students in Germany are taught the basic mechanics of a bicycle, small repairs and safety checks, how to ride on different bicycle facilities--trails, bike lanes, or mixed with traffic--and rules of the road, including when they have right-of-way and when they don’t. The final exam is a “riding-in-the-real-world test.” They can bring their own bikes and helmet, or borrow from a fleet. They have I.D. vests for tracking, and parent volunteers stand at ten points on the route to evaluate as kids scan intersections, yield, use hand signals, make turns, and obey all traffic laws that apply. 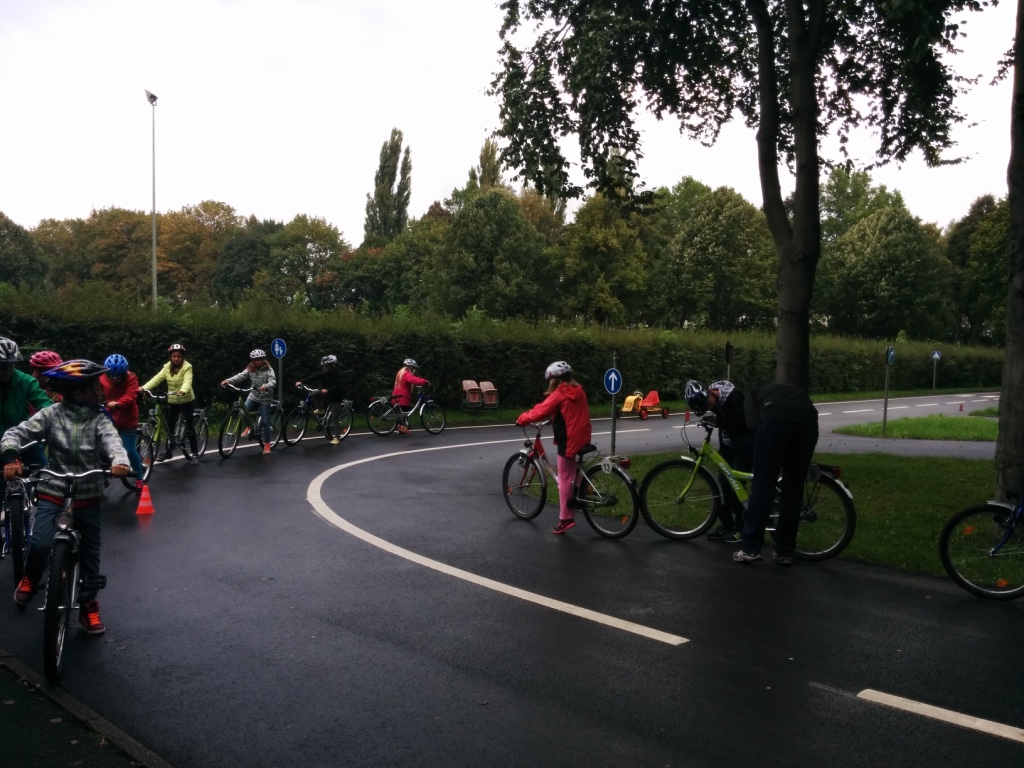 Last fall, Governor Rauner signed Illinois House Bill 4799, which requires all K-8 schools to provide walking and bicycling safety education - but it remains to be seen how Evanston’s District 65 will implement this mandate. A proper education in being a competent, respectful, and safe pedestrian and/or bicyclist can further our agendas on traffic safety, fighting climate change, preventing childhood obesity, and fostering happier, more independent kids.